Texas is a state with its own distinct history and customs and draws the attention of paranormal investigators year-round. As one of the states with the highest level of reported paranormal activity, it isn’t hard to find a haunted location but these are 5 of the most haunted places in Texas.

Warning: I don’t often suggest venturing to places like this with ghost hunting equipment unless you’re an experienced ghost hunter. Locations like this get a reputation because they are high activity and sometimes dangerous.

Historic Hotel Galvez in the coastal city of Galveston is rumored to be haunted by several spooks, including the ghost of a tragic suicide in room 501.

According to legend, the unfortunate young woman hanged herself after hearing that her fiancé had been killed in a shipwreck. Her fiancé returned, having survived the sinking of his ship, only to find her dead. 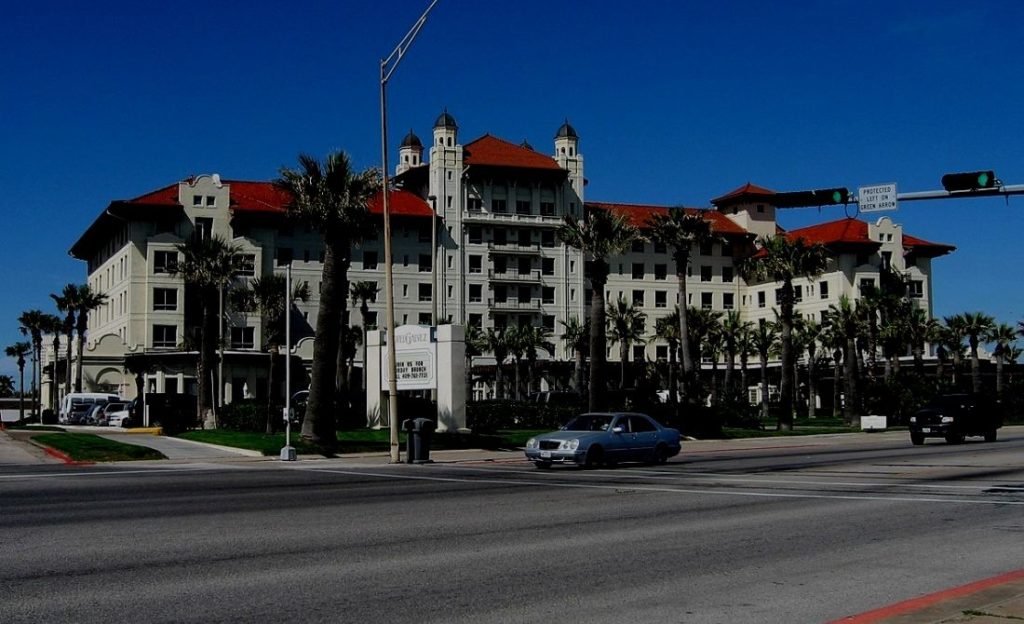 Ghostly activities reported in the hotel include slamming doors, odd smells, and floating orbs of light. It’s not uncommon for older hotels to have some paranormal activity. A lot of people pass through (and away) in buildings like this but the emotional turmoil seems to have made this residual haunting particularly noticeable.

Texas has a fair share of haunted roads but the infamous Bragg Road, lying in the heart of the Big Thicket in Hardin County is one to note.

Previously the site of the Santa Fe Railroad’s branch line from 1903 to 1934, the stretch of Bragg Road between Saratoga and the former village of Bragg Station has long been subject to sightings of a mysterious light that appears to nighttime travelers.

The phenomenon is known as the Ghost Road Light, Big Thicket Light, Saratoga Light, or Bragg Road Light. Local stories connect the haunting to a range of tragic historic and folkloric events including murdered Mexican railroad laborers, an executed Confederate army deserter, a lost hunter and a decapitated railroad worker.

With that kind of history, it shouldn’t be a surprise that this area is known for paranormal activity.

San Antonio is reputed to be one of the most haunted cities in Texas, and not only due to the ghosts continuing to haunt the site of the famous Battle at the Alamo, a bloody episode in Texas’s fight for independence from Mexico.

Right across San Antonio, we find crops of specters in haunted roads, old railways and elegant hotels, spooks in a haunted theatre, and even strange happenings in a haunted cathedral. From every angle, San Antonio is a hot spot for spirits and firmly on the supernatural map.

The Alamo Mission itself was built in the 18th century by Roman Catholic missionaries. This iconic location is now said to be haunted by the ghosts of the 180+ Texans killed while trying to defend the Alamo from the forces of Mexican General Santa Anna in February 1836.

Visitors have heard strange groans, phantom footsteps and other sounds at the Alamo site, while its restless ghosts are also reported to haunt neighboring hotels and other buildings in the vicinity, appearing and disappearing through long-vanished walls.

Close to the Alamo lies the Emily Morgan hotel, previously a Medical Arts building in the early 1900s, with the basement housing a morgue. One of the most haunted areas of the hotel is the 14th floor. Physically the 13th floor but name-changed to avert bad luck, the 14th floor once housed facilities including a psychiatric ward, waiting room and temporary storage for corpses.

Guests at the Emily Morgan have observed cold spots, odd smells and flickering lights. A misbehaving elevator has been known to skip floors and take travelers down into the basement.

The Alamo Street Theater is apparently home to a number of resident ghosts including an actress, a boy who died of polio and a former parishioner from the building’s previous life as a Methodist chapel.

The San Fernando Cathedral is said to be the oldest church in Texas, standing in the city since 1750, and still holding mass and services today.  Stories of supernatural activity around the cathedral abound.

From reports of a ghostly white horse in front of the building, through strange bright lights or shadowy figures captured on camera, to a monk-like figure lurking at the back of the church, the cathedral is definitely a scary place to visit at night.

The rambling 30,000-square-foot Yorktown Memorial Hospital was originally built in the 1950s and run by an order of nuns known as the Felician Sisters.

Sitting empty since the facility finally closed in 1992, the crumbling wards, basement and chapel provide a classic backdrop for a variety of terrifying ghost sightings and supernatural phenomena.

Now private property, the former hospital is a popular location for ghost tours and supernatural media productions, with official walking tours, filming and overnight visits all on offer.

Lying between the towns of Denton and Copper Canyon, Old Alton Bridge is a spooky spot known locally as Goatman’s Bridge due to its role in a grim local ghost story.

In 1938 a black goat farmer is said to have been brutally murdered on the bridge by the Ku Klux Klan, who lynched him with a noose over the side of the bridge. When they went to look under the bridge, the body had reportedly disappeared.

Ever since that night, strange sightings have been reported of an apparition with a goat’s head, glowing demonic eyes staring from the bridge at night, or splashing from an invisible presence in the creek below.

Whether you’re a haunted history buff, someone curious about paranormal activity, or a serious ghost hunter, you’ll find something to interest you in haunted Texas.

Haunted houses, ghost towns and a wide range of unexplained phenomena, Texas has more than its fair share of supernatural happenings.

Our list represents only a small proportion of the ghosts and haunts of Texas. When you’ve finished checking out our top five you could continue with the ghosts of Mineral Wells, Wichita Falls, the Baker Hotel,  Jefferson Davis Hospital, or the Granbury Opera House.

North, south, east or west Texas, there are many more spooks out there if you dare to go looking for them.