As paranormal investigators, we’re constantly sent photos and videos that pick up ghostly apparitions or voices.

Be warned, some of these ghosts caught on motion cameras might stick with you.

Number 7: The Ghost in the Bed

After the owner of this home started noticing things moving around the house and hearing sounds that didn’t make sense, they set up a motion detection camera to watch the bedroom. What she saw on the camera the next morning, told her what she already knew. She was not alone in the house.

She sent her son five of the photos the motion detection picked up. 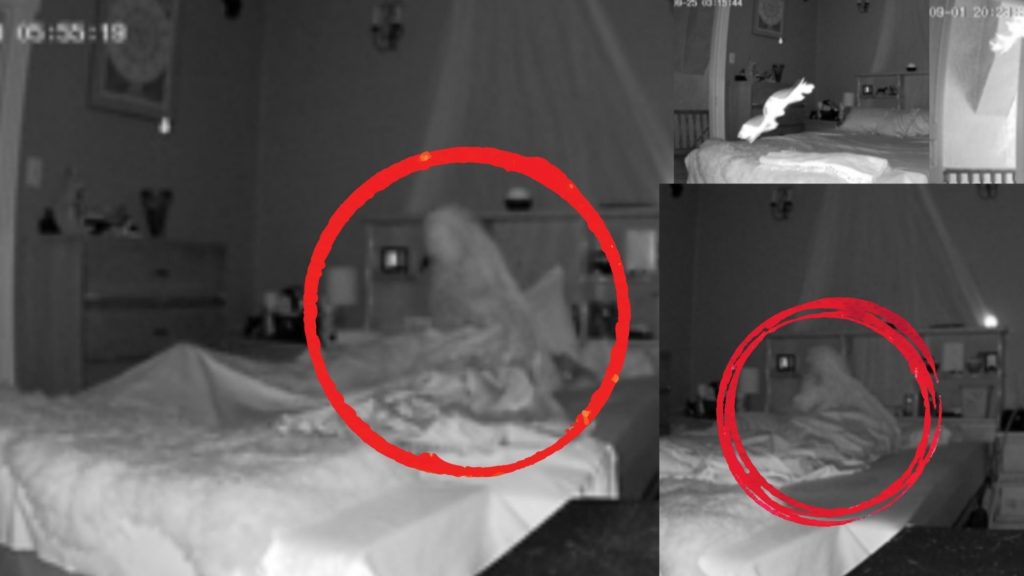 The first three photos are probably just insects flying by the camera that the infrared camera just manipulates to look strange. Later that night the camera captured more movement and the fourth was much clearer. A figure shifting up from the bed. A residual haunting from a previous tenant of the house.

The fifth and final image the camera captures showed a clearer image and the face seemed to face towards the camera. The camera stopped capturing after that. 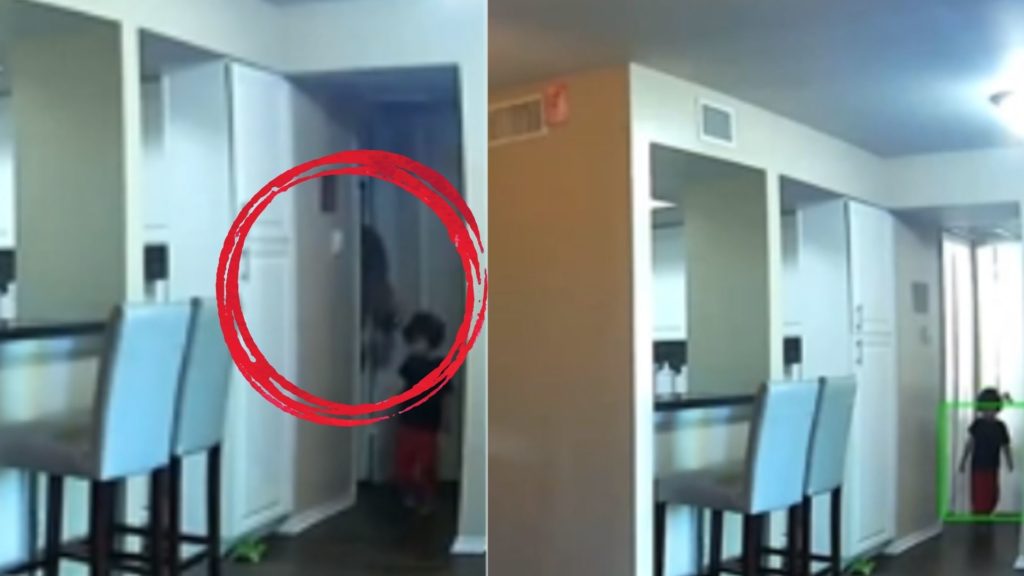 This camera picked up something deeply disturbing for the owner of the house.

A child can be seen talking to through the door but the only clear words you can make out is the initial “Goodbye”.

And the child doesn’t speak English.

There was no television in the other room and the child doesn’t have any talking toys after a previous incident with them going off at night.

Creepier still is the last few scenes of the video. As the child leaves the room you can see a figure following them, right as the camera cuts off.

This is one you might have seen before after it went viral on social media, but the story behind it is even creepier.

These triplets were caught one night pointing and yelling at a figure in the corner of their bedroom.

But this wasn’t an isolated instance. The children repeatedly yell at ‘him’ frequently and refer to him as ‘The Lion’ when their parents ask. In this viral clip, the children are seen saying things like

“We don’t like it anymore” so they’ve clearly been interacting with this spirit for a while. 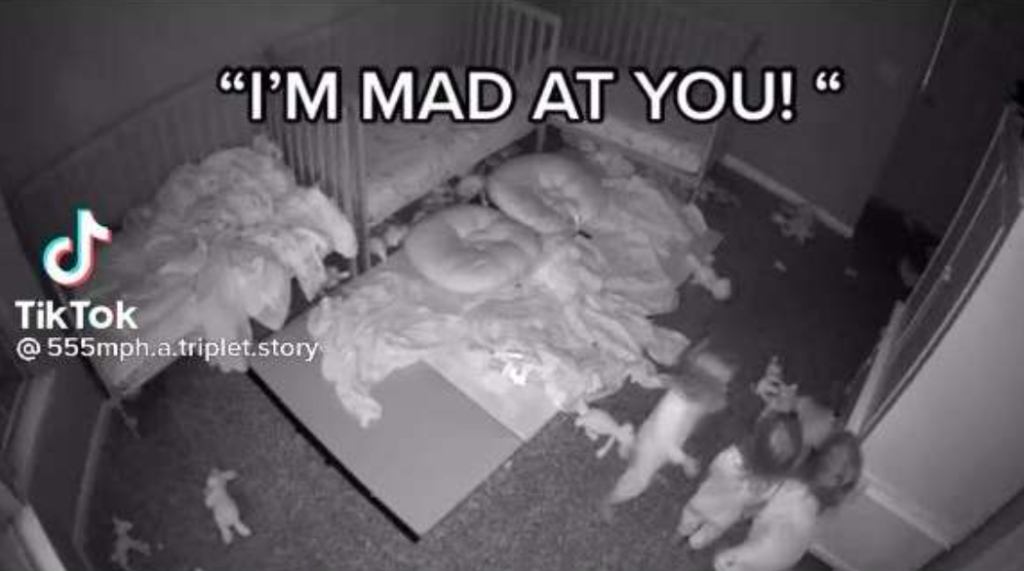 We’re sent countless stories from around the world from children seeing things that aren’t there. 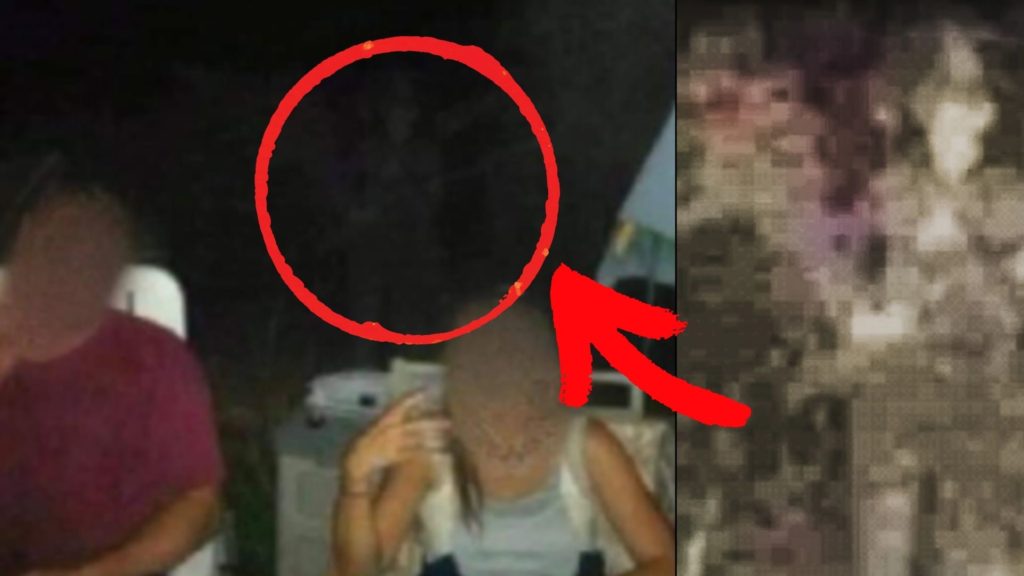 During a midnight get-together, these friends in Kentucky took a photo to remember the night.

What made it even creepier was the field was a scene of an intense civil war battle and his clothes, equipment and stance match that of a Southern Soldier from the time.

The surrounding area has had numerous paranormal stories over recent years and it isn’t uncommon for ghosts who pass away in instances of extreme fear to leave some kind of imprint on the area. 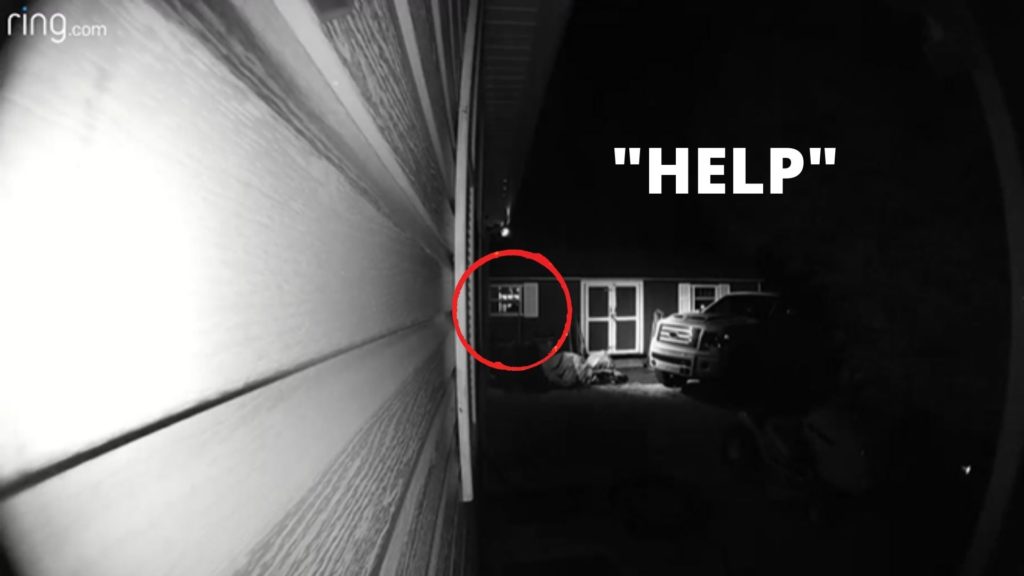 This clip was captured on a doorbell camera. Unbeknown to the owner of the camera, their neighbor had passed away next door and had not been found for several days.

The doorbell camera was set to detect sound and around 4 AM, it picked up a woman’s voice saying a single word.

If that wasn’t alarming enough, the camera also picked up a figure looking directly out of the house towards the camera. A figure that wasn’t there the next morning. 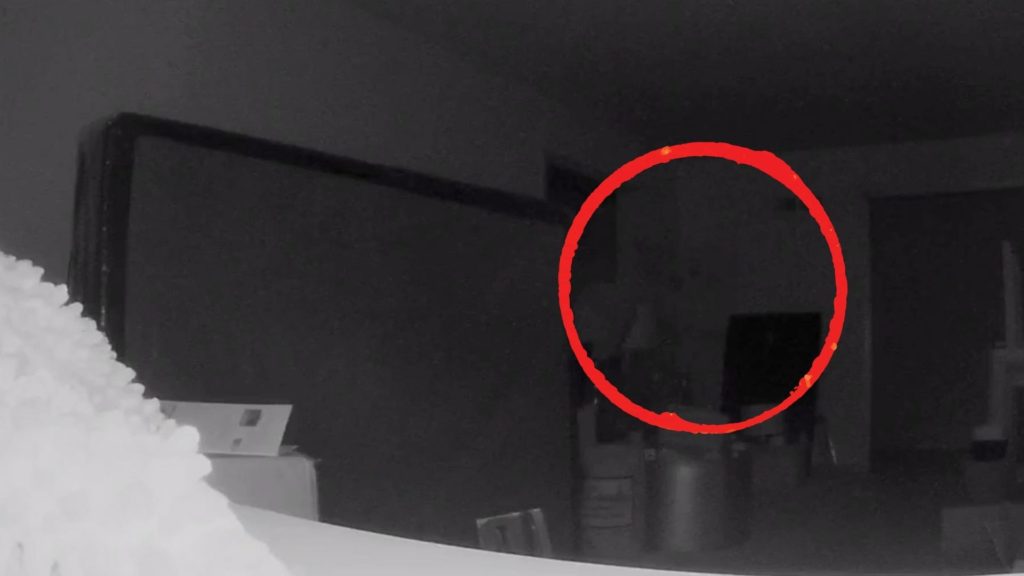 The owner of this house installed a motion detection camera after neighbors reported yelling coming from inside the house when it was supposed to be empty.

The very first night, the motion detection triggered and caught a figure walking across the room and recorded footsteps as they move. The building was quite old and this residual haunting was surprised when the new alarm system triggered.

The next morning, the owners of the building went to investigate the cause of the alarm and found it had been ripped off the wall.

Workers in the building had always complained of feeling watched or uneasy but after this, some would refuse to enter the building again. 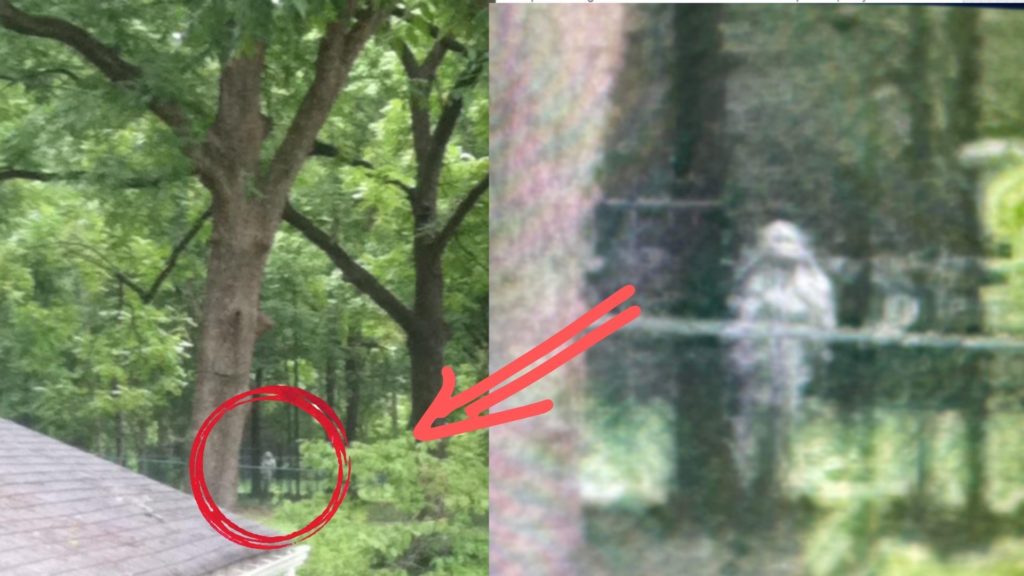 When a realtor was taking photos to help sell a property, the owner told them the place was haunted but the realtor paid no notice.

The house was used as a field hospital during the civil war and when the soldiers passed, they would be placed in the garden behind the house and the rough reports say 155 unknown soldiers died there.

The realtor began taking photos of the property for the listing and made several passes around the property.

Earlier photos didn’t show anything out of the ordinary but a photo from later in the day suddenly revealed a figure at the fence that was not there when the realtor walked through.