Florence South Carolina, also known as the “Magic City”, has a storied history under its charming southern veneer. Being one of South Carolina’s biggest cities, it’s expected that there would be some hauntings to go along with the large population. During the Halloween season, locals fill Florence with pumpkin patches and corn mazes, but what about real haunted houses?

Bursting at the seams with ghostly apparitions, the lost spirits of Civil War soldiers, and spooky churches that echo with the cries of babies, Florence, South Carolina, has every flavor of haunted house paranormal investigators could ever dream of. Our list of some of the most popular haunted places in Florence and some of its most famous ghosts to prepare you for your spooky Southern outing!

The haunted places of Florence, South Carolina, are full of sad stories about unrequited love, death, and war. When you visit these places, remember that spirits stuck there were once people too, and approach them with courtesy and thoughtfulness. It’s also imperative to always get permission from property owners before going ghost hunting!

Located 22 miles outside of Florence in the city of Huntsville, Coker College joins the ranks of America’s many haunted colleges with chilling ghost stories that involve a female student who died a tragic death on campus.

It’s said that the young woman, overwhelmed by either her classes or a love affair gone wrong, hung herself from the elevator shaft of the college. Her spirit continues to walk the halls of her school to this day, even though the elevator shaft she took her own life in has been transformed into a stairwell.

Students and teachers alike claim to hear her weeping, experience alarm clocks going off at random times, and doors opening and closing on their own. Just what every student needs when pursuing higher education!

Before Tans Bay Baptist Church was a house of worship, it was just a regular family dwelling. The heartbreaking haunting presence in this church, located less than 6 miles from Florence in Effingham, South Carolina, involves the death of an infant.

Ghost stories involving babies are some of the saddest of them all, and this story tells of a baby that died after falling and sustaining a fatal head injury. Even after this home was transformed into a church, the baby’s spirit could not leave and has remained in the building ever since.

Ghost hunters and churchgoers both report balls of light that would float throughout the sanctuary. They would also hear the mournful cry of a child when the building was mostly empty, echoing throughout the old stone walls. 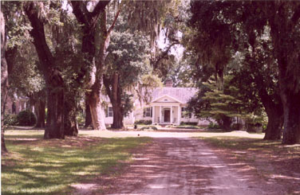 A little way outside of Florence, the Mansfield Plantation in Georgetown, South Carolina, is so full of spiritual activity that you’ll agree that the drive is well worth it.

The Mansfield Plantation is now a bed-and-breakfast, so intrepid ghost hunters can book a room and experience all the paranormal activity they can handle at their leisure, and even enjoy a delicious breakfast in the morning!

The Plantation is a centuries-old home, and its hauntings include whispers, footsteps, and unearthly voices speaking. A famous EVP (Electronic voice phenomenon) taken at the Plantation recorded a ghost begging the ghost hunter “don’t leave me!”

Note: Given the history, we probably shouldn’t be surprised but there are definitely stories of haunted plantations up and down the country.

Some of South Carolina’s most famous hauntings aren’t houses at all, they’re people!

Here are two of SC’s most famous ghosts, and a little about the stories that caused them to haunt their chosen area for all eternity.

Bingham’s Light is a legend told all over the state of South Carolina, and it involves a ghostly light flickering on a set of train tracks in the city of Latta.

Explanations range from swamp gas to a ghost train, but Bingham’s Light is actually the phantom lantern light of a man named John Bingham, flickering as he tries in vain to signal the oncoming train that would be his doom.

It’s said by locals that Bingham was walking along the tracks with his lantern when he tripped and became stuck in the tracks. He tried to flash his lantern to the rapidly approaching locomotive, letting the conductor know he was there, but it was no use. The train ran him over, killing him instantly.

Bingham continues to pace this length of track with his lantern, and on a clear night, you can see it bobbing in the air, lighting the way for the spirit. 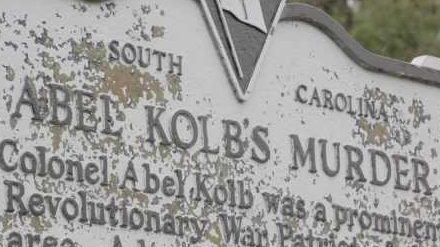 In Bennettsville, close to Florence, you can find the tomb of Revolutionary War hero, Colonel Kolb. Colonel Kolb and his family met a grisly end, causing the Colonel’s spirit to haunt his own tomb until the end of time.

Supposedly, British soldiers burned Kolb and all of his family alive in April 1971, and unable to find peace after such a violent end, Kolb can be heard pacing outside of his tomb during the night.

If you make your way to Colonel Kolb’s tomb seeking a ghostly encounter, show your respect to the Colonel. He’s a local hero and didn’t deserve the torturous death that he and his family suffered.

Florence SC is an outstanding place to find not only haunted attractions but real hauntings as well.

Whether you’re looking for an ancient haunted cemetery or a relaxing bed-and-breakfast with a terrifying twist, Florence is the place for you!

Hopefully, our list of Florence’s 3 most haunted attractions, and the 2 most famous will set you on the right path in your search for the ghosts of the South. If you’re brave enough, grab your flashlight and go exploring. You may even find your new favorite ghost story in the process!