If you have a knack for the paranormal and you’re visiting the Show-Me State soon, you might be interested in the Missouri State Penitentiary. This haunted prison in Missouri has been a popular tourist attraction for a while. It even got trendy enough to receive a Traveler’s Choice award from Tripadvisor in 2022.

Its dark history (like many prisons) leaves a trace behind, visible both to the naked eye and to ghost-hunting equipment. Attracting both tourists and paranormal investigators around the world.

The Missouri State Penitentiary (MSP) was one of the oldest and longest-running prisons in the US until it closed in 2004. Its buildings have stood the test of time for over 168 years, housing inmates since 1836. Interestingly, the prison was opened the same year the Battle of the Alamo began in Texas. At the time, it was also the 7th US president, Andrew Jackson’s second term.

The facility deteriorated over time until it finally closed in 2004. Since then, it has served as a popular attraction for many tourists visiting Missouri.

High-Profile Inmates at the Penitentiary 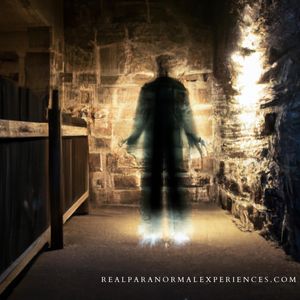 The Missouri State Penitentiary housed a lot of notorious criminals in history. Overall, the prison’s inmates include 1930s gangsters, world-champion athletes, and even the assassin who killed Dr. Martin Luther King.

Here’s a list of some of the most famous prisoners that were locked up in the MSP:

The MSP is known for having a dark past. Some people even dub the prison the ‘bloodiest 47 acres in America’, referring to the violence that took place behind its walls. For one, the prison’s grounds were filled with assaults for years. Plus, there have been numerous reports of riots, and the worst one took place in September 1954.

With about 2,500 prisoners running amok, the prison grounds were in complete chaos during the 1954 riot. The fighting was no longer just between the inmates and guards. Instead, it was also among the inmates themselves.

There were at least four buildings set on fire as the police department tried to put a stop to the riot. Some inmates were even throwing bricks and pieces of concrete at each other. Meanwhile, a prisoner was tortured to death by his fellow inmates.

The violent riot lasted all night till the officials eventually regained control of the situation with the help of heavy firepower. However, there were no reports of escapees among the prisoners.

By the end of the riot, at least four inmates had been killed, and 50 had sustained injuries. There was also one case of attempted suicide. All in all, the MSP riot caused a total of $5 million in damages. 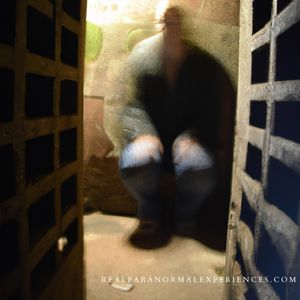 The Missouri State Penitentiary has its fair share of scary stories and paranormal occurrences. As described by the prison’s tour guides and retired officers, it all links to the prison’s dark history of violence and cruelty.

Several ghost-hunting programs visited the MSP facility over the past few years to cover its history and claims of paranormal activities. As the facility holds solitary confinement cells, it’s no wonder a lot of the inmates went crazy. They’d mostly have to spend their days in complete darkness. Some even tried killing themselves by running their heads into the wall.

All in all, a walk in the prison’s halls and cells is described as frightening. Some people say that you can still hear the inmates scream and moan.

The Missouri State Penitentiary, a notorious former prison, is said to be haunted by the spirits of its former inhabitants. Tales of ghostly apparitions, mysterious sounds, and eerie experiences circulate among those who’ve visited the site.

One such story speaks of a former guard whose cruelty towards prisoners was unmatched. It’s rumored that he still roams the halls, checking cells and scrutinizing those he once tormented with an iron fist.

The Footsteps of the Wrongfully Convicted

Another tale recounts the footsteps of a wrongfully convicted prisoner, echoing in the empty hallways as he seeks justice and revenge against those who wronged him.

A sense of dread and fear are said to be felt in certain areas of the prison, attributed to a prisoner who died in a particularly brutal manner. Echoes of laughter and whispers are said to fill the halls, a reminder of a prisoner who perished in a state of madness. An overall feeling of unease and discomfort is said to pervade the prison, a result of the many souls who suffered and perished within its walls.”

The Spirit of the Hypothermia Victim

The ghost of an inmate who perished from hypothermia still lingers, causing sudden drops in temperature in the area where he died. Screams, moans, and whispers of a prisoner murdered by his cellmate are said to fill the air at night. The sound of clanging metal doors, a reminder of the former warden’s harsh punishments, still echoes through the prison.

Over the years, there were at least 40 death row inmates who were executed at MSP. Most executions took place at the facility’s gas chambers, which are still standing to this date. That’s where most people believe the ghosts are.

For instance, Bonnie B. Heady was executed in the prison’s gas chamber back in 1953. She and her husband kidnapped six-year-old Bobby Greenlease and killed him even before they got the ransom.

Her grim story is arguably one of the most popular topics among paranormal buffs looking into MSP.

Since a lot of people believe that the MSP is haunted, the facility still caters to a variety of ghost tours. So, you can always visit and check things out for yourself.

The interest in paranormal investigation has been growing, and with the existing tourist interest in the prison, several tour operators have started handing out spirit boxes and going over the dark history of the prison.

The Missouri State Penitentiary is as rich in history as it is in haunted stories. Even if you don’t believe in ghosts, there’s no denying that there’s more to the facility than meets the eye. After all, it still stands as a historical attraction in the state.

So, whether you’re in for a spook or some history lessons, a visit to this haunted prison in Missouri can be well worth your time!