Today, we’re counting down the top 8 haunted cemeteries you do not want to be in at night.

Cemeteries always have that creepy feel to them but these ones just have too much history behind them to ignore.

Housing the famous Bloody Mary (or Resurrection Mary as the locals call her) this cemetery is in Chicago, Illinois.

Believed to be haunted by a girl called ‘Mary’ who lost her life in an argument with her boyfriend and was killed by a hit-and-run driver while trying to hitchhike home from the cemetery. Her body was left by the roadside and she’s been in the area ever since, perhaps to avenge her death or settle things with her boyfriend.

The name Bloody Mary has passed in and out of folklore but this blonde-haired ghost has appeared in front of locals to the cemetery more often than most ghosts trying to hitch a ride from passing drivers.

Local cab drivers have even refused fares passing through the area. 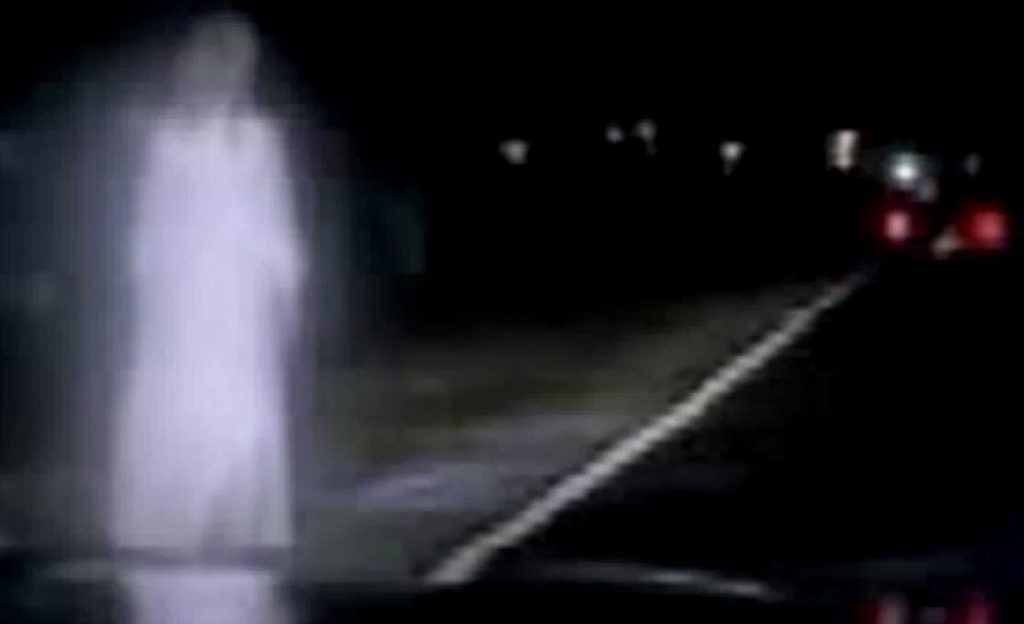 Located in Tombstone, USA the Boothill cemetery got its name because the souls resting there were buried with their boots on.

Boothill is the resting ground of notorious outlaws like Frank McLaury and Billy Clanton and given their violent life, it’s no surprise that the area is full of poltergeist stories.

From fast-moving shadows and strange lights to whispers from the unmarked graves and apparitions chasing visitors, Boothill has a reputation and not a peaceful one.

A journalist who visited the area to cover the story stepped on an unmarked grave and had a voice hiss “It was nice of you to do that” in his ear.

This New Orleans cemetery is home to over 700 tombs and 100,000 souls of the dead. Given its immense size, this cemetery always has an eerily quiet atmosphere as dusk starts to fall.

The locals nicknamed it “The city of the dead” and while there are countless reports of vague figures showing up there are a few known figures who seem to stay in the area.

Marie “The Voodoo Queen” Laveau was born in 1801 and became the most feared Voodoo practitioner in New Orleans history. Her ghost is repeatedly seen in the cemetery and those not showing respect to the dead have been scratched and shoved to the ground.

The tomb of the Voodoo Queen was visited so frequently by visitors to ask for her blessing or forgiveness that the section had to be closed to the public. 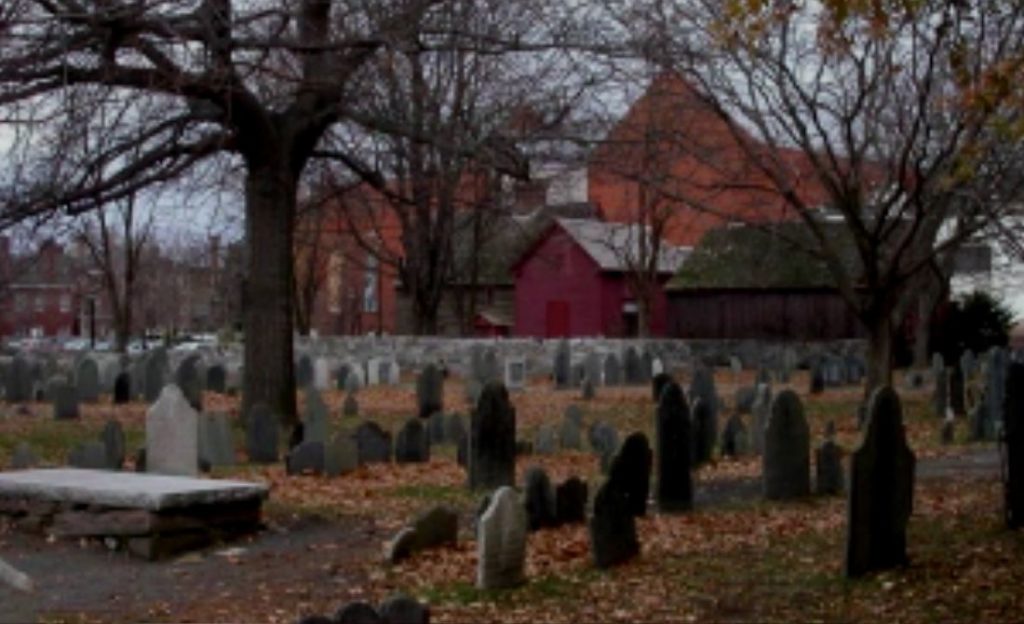 Salem, Massachusetts has one of the oldest cemeteries in America and with the area’s… turbulent history it won’t surprise anyone that the area has a fair share of hauntings.

A lot of activity surrounds the gravestone of John Hathorne. A vicious judge during the Salem Witch Trials with over 400 reports of spirits seen running with anger towards the site of the grave.

Some paranormal investigators consider Stull one of the most haunted spots in the world and it’s considered one of the seven gates to hell.

Located in Douglas County, the cemetery sits next to a deceased Evangelical community that passed on long ago. As the Church was deserted, local witches and occult groups made the sanctuary their own and legend has it they were trying to open the door to hell.

Eventually, both the church and the neighboring tree that witches were hanged from were bulldozed but the landmark still attracts a lot of paranormal activity and on the Spring Equinox, locals continue to see stairs emerging from the earth below. 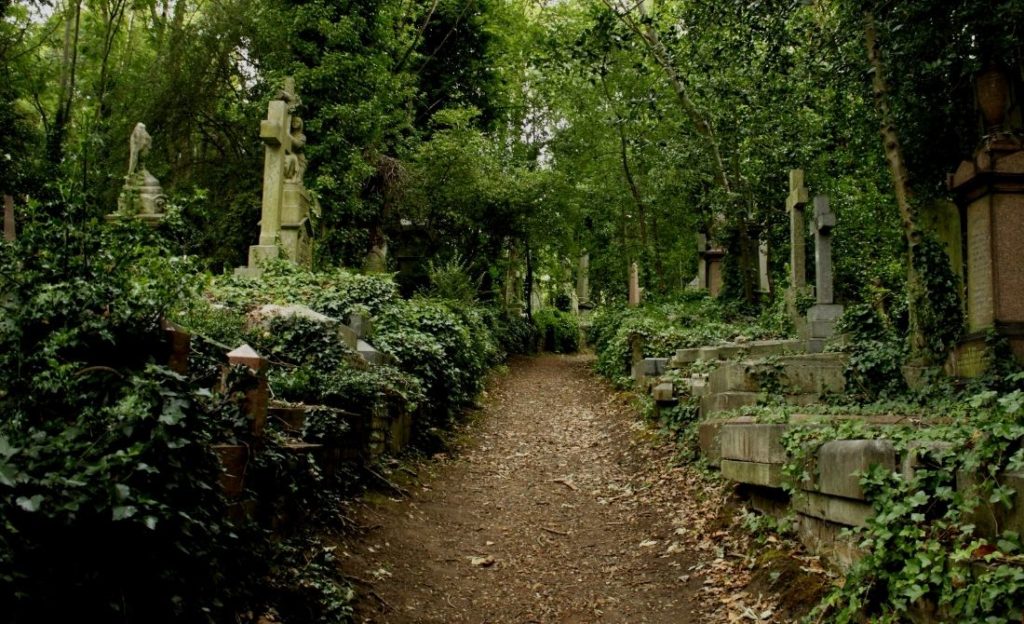 Heading over to the United Kingdom now, Highgate is one of the most haunted places in London.

In the 1800s the city was overpopulated and with such a high death rate, graves were crammed between buildings and dug into the street itself. Illegal funerals and shallow graves were so common, is it any surprise that souls buried at the time are still restless?

Built in 1839, Highgate Cemetery was the place for the rich and powerful to be put to rest to separate them from the shallow graves of the poor. But as the years went on and the cemetery’s fortunes waned, the pristine landscapes turned to an overgrown jungle and the luxurious buildings began to tumble down.

That’s when the stories started.

Locals and visitors say the spirits of well-dressed noblemen glare at them through gaps in the fence. Tombstones have reportedly exploded, watches have stopped working and visitors have been chased as the spirits seem to be angry that their resting place has not been maintained.

Close to Sydney, Australia Rockwood Cemetery has over 1,000,000 souls buried there and is the largest operating Victorian cemetery to this day.

Aside from the victims of war and atrocities being buried in Rookwood, two well-known spiritualists The Davenport brothers were buried there. In life, they were said to work as a link between the living and dead and that doesn’t seem to have changed in death.

Bachelor’s Grove, Chicago was made for a settlement established by just four men. Established in 1840 with just 82 graves. As gang member bodies started being unceremoniously dumped there in the 1920s the grounds were quickly abandoned as the ghost stories started to emerge.

Aside from the usual ghost orbs seen in most cemeteries, the locals report phantom vehicles. What would have been exotic gangland cars at the time have been silently driving around the graveyard.

In the 1980s and 1990s, the reports became so frequent that paranormal researchers began to arrive and continually communicated with spirits like The White Lady who carries an infant between the graves looking for… something.

In 2012, Bachelors Grove cemetery was featured in an episode of Ghost Adventures.