Most of us try to avoid the thought that in the afterlife we may be destined for a place down-under. There are some unfortunate people walking among us though, people who have seen hell.

If we have learned anything from Dante Alighieri and the tale of his descent into the depths of hell, experiencing the eternal torment of malevolent entities gleaning pleasure from human abasement is not something many want to experience.

For those unfortunate individuals who claim to have sojourned into the inferno, our worst nightmares have become their experience, their reality…

There are some woeful people among us who have had the displeasure of standing face to face with the devil and taking a frightful trip through the pit.

Angie Fenimore, a woman who attempted suicide years ago, had such an experience. The website “Cracked” conducted an interview with Fenimore and in it she alleges that when she was momentarily pronounced clinically dead she experienced a flashback of the events of her life.

However, instead of the light we so often hear about, she was encompassed in complete darkness.

According to Angie, she was able to communicate with other souls that were aimlessly wandering the darkness and was then placed in what she could only describe as a field of wandering souls.

One young lady, a girl of only fifteen claims that she too has had visions of hell. Jennifer Perez claims in an article on the website “Devine Revelations” that when she made her journey into the afterlife she was confronted by a great wall and was set in front of God and the angels.

In her testimony, the angel escorted her on a dark path in which she could see souls being tormented by demonic entities.

Her tale of the journey into hell ended with the angel Gabriel telling her that God was going to give her another chance at life.

Jennifer gladly accepted that chance and has been trying to live her life to the best of her abilities, trying at all costs to evade damnation again.

Matthew Botsoford, in comparison to the other claims, actually testified that he experienced the torture himself.

After being shot and pronounced clinically dead three times he had the uncut tour, full hell experience.

According to Matthew, he was shackled over the top of a burning pit containing a demonic figure. The smoke that billowed out of the pit contained the souls of those who had been condemned.

He explains that though he was isolated, he could hear the agonizing cries from other souls that were damned to an eternity of pain and torture.

In his testimony, the demonic figures would approach him and pull the flesh from his bones and with each bite would slowly eat away at his body.

When there was no more flesh to be taken a whole new layer of flesh grew back to repeat the experience over and over.

Much of the assertions of these men and women are similar to other stories of people who have ventured the highway to hell and made it back to tell the world about it.

One woman has claimed that she experienced a journey similar to that of Dante in that she claims to have been witness to both heaven and hell.

Mary Baxter states that one night during her regular prayer routine, a blinding light entered the room. That light, according to Baxter, was Jesus Christ himself.

Her testimony is that Jesus took her on a tour of hell for three hours every night for a total of ten nights. Baxter has claimed that hell is physically located at the center of the earth and that it is shaped like a human lying down. 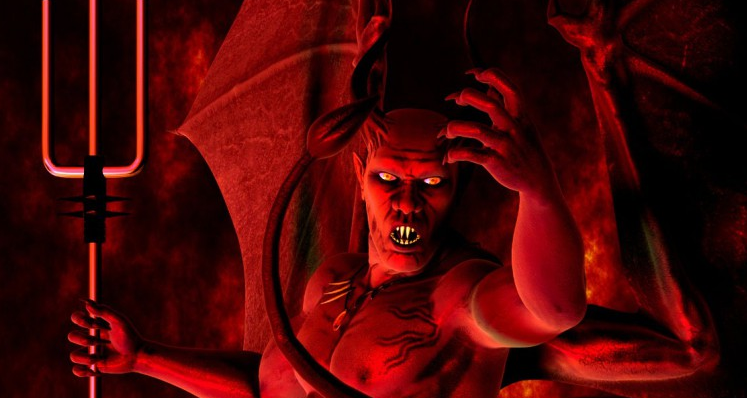 She, like the others, saw demons that were mocking her in agitation, and in addition, she smelled raw sewage and felt the heat of the flames burning against her skin.

Interestingly, Baxter explains that in her vision of hell, again somewhat parallel to Dante, like were grouped with like.

By this, I mean murderers were grouped with murderers, etc… The type of punishment issued was dependent on the type of sin committed.

She also claims to have ascended the stairway to heaven and witnessed angels of great height, though her experiences of heaven are not as greatly detailed as her time in hell.

Many have denounced Baxter as a “witch” or a false prophet for claiming to experience such events with a guided tour by the big man Himself.

The stories of people who have seen hell are captivating because as humans we are naturally drawn to learning about what lies ahead of us beyond this lifetime.

In our own fear and self-doubt, we try to uncover what hell is and hope that the pit is not our next destination. We are wired to want to know what lies ahead, it has been so since the time humans could communicate and pontificate about the world and universe beyond it.

I leave it to your discretion to decide if you believe the testimonies of the people who claim to have been to hell up.

One thing that we can all agree on is that we don’t want to ever be making our way across the river Styx, and Dante’s Inferno is probably the closest most of us wants to get.