The case of Carole Compton and her employment as a nanny with two Italian families (who firmly believed she was bringing dark events into their homes) led to the question. Was Carole Compton a witch?

Carole Compton found love in the form of an Italian man who was passing through her hometown of Ayrshire in Scotland in 1982. He was completing a British placement for his military service and on his way back to Italy.

Compton was completely in love and decided to move to Italy so she could be close to him when he finished his military responsibilities. As soon as she arrived in Italy she found a job as a nanny within days of settling down.

Carole’s first employers were the Ricci family, and she settled into her new position, and career direction, with relative ease…

Until one day, as she was walking past a religious painting in the home, it mysteriously fell to the floor and smashed. One of the Ricci Family’s maids was on hand to witness the incident…

Unfortunately for Carole, this maid had been brought up in a strongly religious family, and she began voicing concerns over Carole’s soul. She told the heads of the Ricci family that Compton immediately sank to her knees and prayed as soon as the painting hit the floor – as if this sort of thing had happened to her before.

Just days later Carole accompanied the Ricci family when they went to their holiday home in the Italian Alps. Over the period of the holiday visit, three fires broke out in the Alps home.

Carole got lucky, and within a matter of weeks after her sacking from the Ricci family, she found employment with the Tonti family, who lived in their grandparent’s home on the island of Elba.

During the first few months of her job, Carole seemed to fit right in with the family’s lifestyle…but unfortunately, this did not last…

All of a sudden Carole began complaining to certain members of the Tonti family about strange scratching noises following her around the property. She also seemed to be responsible for the destruction of numerous religious statues throughout the home.

Grandmother Tonti had seen enough and began to call Carole a “Strega” or witch.

The rest of the family seemed to take Carole’s side, and told the grandmother she was being a ridiculous old superstitious fool…but all this changed when a fire eventually broke out in the bedroom of the Tonti’s three-year-old child.

When the police looked into the incident they noticed that Carole Compton had been linked with strange fires at her previous post as a nanny (with the Ricci family), and she was promptly arrested.

She ended up spending sixteen months in lockup as she waited for her trial to take place (for attempted murder). 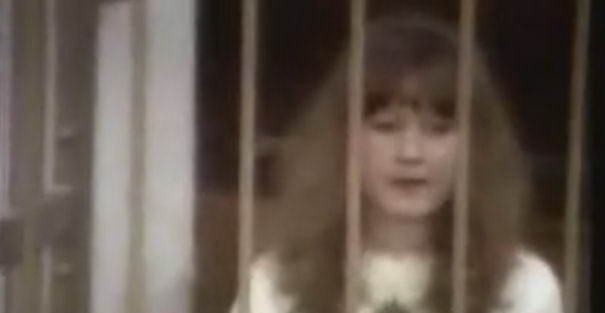 However, the judge realized that she had been in jail for quite some time leading up to the trial, and decided to release her once the proceedings had finished.

Unfortunately, numerous newspapers throughout Europe caught onto the case, and began publishing stories of Carole labeled as the ‘nanny witch’.

Carole now lives with her husband and children in Yorkshire and rarely talks about the incidents that happened in Italy.

Do you think that Carole was somehow linked to the occult – that she was indeed a witch?