Are you looking for the most haunted hotel in California? Consider booking a room at the Queen Mary Hotel for a haunting experience.

There are a lot of haunted hotels in California: the Hotel del Coronado in San Diego, the Hollywood Roosevelt Hotel in Los Angeles, the Chateau Marmont, the Queen Anne Hotel in San Francisco, and the Historic National Hotel in Jamestown, to name a few. If you are fascinated with the paranormal or are simply a skeptic looking for something to help you believe, the Queen Mary in Long Beach, California, should do the trick.

This historic vessel is the most haunted hotel in California by far. There are frequent reports of paranormal activity from guests and staff alike.

With children’s disembodied laughter lingering by the pool, men growling in the dark, and women dancing about and vanishing without a trace, there is little chance you’ll miss out on any paranormal activity during your stay.

To visit the Queen Mary Hotel, you must travel to the very edge of California to a city called Long Beach. At the edge of San Pedro Bay, you will see the infamous hotel, once a luxurious ship with over 340 staterooms and suites to stay in.

The outside of the ship proves just how old this historic hotel really is, with a close resemblance to the Titanic on the outside and wooden fixtures, world-class service, and lavish accommodations on the inside.

This hotel-slash-ship is often booked for weddings and other special events, with over 80,000 square feet of space to dance, dine, entertain, and more.

The RMS Queen Mary is over 1,000 feet long, has 12 decks, and has a gorgeous interior splashed with art deco designs.

While this beautiful boat is in itself a famous hotel with tons of guests flocking to it each year, it also acts as a historical museum, providing insight into the journeys she has taken and the events she has endured, with some being a little creepier than others.

A Little Bit of History 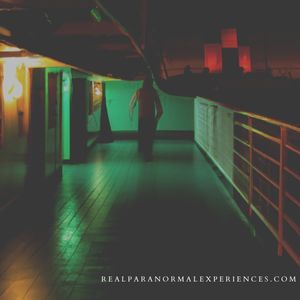 The RMS Queen Mary was built in the 1930s. Although she now lives south of Los Angeles, she was born in Scotland and was the flagship for the Cunard-White Star Line for about a decade.

She was a gorgeous vessel capable of transporting thousands of wealthy and famous passengers at speeds of over 30 MPH. Queen Mary was the ride of choice across the Atlantic Ocean for names such as Elizabeth Taylor, Audrey Hepburn, and Bob Hope.

Back then, you would also see Robert and Jackie Kennedy, Winston Churchill, and Dwight D. Eisenhower walking the decks.

During World War II, the RMS Queen Mary was given an even more important job. This ship was transformed into a troop ship for transporting New Zealand and Aussie troops across the Atlantic Ocean to the UK and US troops.

This was an impressive boat, with the ability to carry upwards of 15,000 soldiers on each trip. She ended her time serving during the war with a total of 765,429 passengers.

The Queen Mary took more than 500 trips in her lifetime, with her final voyage ending on December 9, 1967. The ship docked at the Long Beach Harbor and remains there today.

This ship is a ghost hunter’s dream, with tons of paranormal activities happening all the time. This is believed to be the result of the 50 or so deaths that have occurred on board. That number does not include the more than 300 crew members left at sea after the Queen Mary crashed into another ship, leaving less than a quarter of them alive.

Aside from the crash that left just 99 survivors out of more than 430 shipmates, and other deaths related to construction and repairs, it is documented that a small girl around five years old drowned in one of the ship’s onboard pools. Another time a crew member was crushed while working on deck. These are only a few events that are forever etched in the Queen Mary’s wooden planks.

John Henry (A Ship Worker Who Never Left His Duties)

Who John Henry was is a bit of a mystery. While most people believe he was one of the original construction crew members back in the 1930s, others say he was just a young sailor sneaking aboard the vessel to enjoy riding this spectacular vessel.

Either way, John passed away on the boat. His remains were located near the boilers, but no one is sure how he died.

John Henry remains on the ship to this day, with guests reporting:

Jacqueline Torin “Jackie” (A Little Girl Looking for Her Parents) 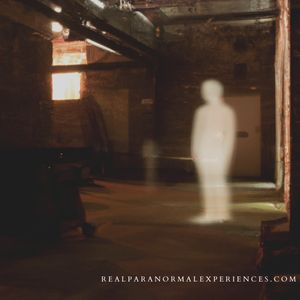 Jackie was only five years old when she boarded the Queen Mary vessel. This young guest unfortunately drowned in the second-class pool she loved to swim in during the trip.

Today, Jackie still enjoys playing around the pool in the hotel, which is now the Queen Mary movie theater. Her laughs, giggles, singing, and shouting for her mom and dad can also be heard in the third-class nursery and the first-class swimming pool.

If you hear a little girl whispering to you while staying aboard this hotel, say hello to little Jackie Torin.

Sarah is another young guest believed to be a drowning victim at the hotel while the ship was still a floating vessel. Sarah tragically drowned in 1949 at the age of 7. Her drowning was suspicious, but in the end, no one really knows what happened.

She is said to be a protector of Jackie and can be a little bossy and temperamental at times. One paranormal investigator was slapped by the child when she became agitated at his many questions.

Room B340 is by far the most haunted part of the Queen Mary ship. In the 1960s, two women were murdered with no apparent motive. Once the suspect was apprehended, he was taken to room B340 and locked inside until police could arrive.

While waiting, the guards heard the man screaming in pain and begging for his life. When the police showed up, they found the man dead from gruesome, devastating wounds that couldn’t have been self-inflicted. After a long and thorough search, it was determined he was, in fact, alone in the room, with no explanation as to what killed him.

Today, many scary events take place in that room, turning non-believers into ghost hunters. There are records of knocking on walls and doors, lights and faucets turning on and off, covers being yanked off of guests in the middle of the night, and sights of a dark figure staring at sleeping guests from the end of the bed.

The Lady in White (A Gentle Presence)

The lady in white’s identity is unknown. However, she is known to be one of the passengers aboard the ship during its time in use. She was believed to be on the first-class luxury vessel traveling from New York to London.

The lady in white is frequently seen moving about the Queen’s salon. She is one of the most noted ghosts at the hotel, dressed in a long white gown. She loves to dance and can be seen twirling and moving in the salon and at the end of the corridor.

Grumpy (The Angry Ghost with a Bad Attitude)

Grumpy is another ghost without a known identity. This apparition prefers to make his presence known through grunting and growling noises and not so much by visual effects.

Guests at the hotel have heard snarls, growls, and groans in many locations around the ship, accompanied by the pungent odor of cigars.

While Grumpy may have a chip on his shoulder, he isn’t considered dangerous, just a ghost with a bad attitude.

John Peddler was only 18 when he died aboard the Queen Mary. He was a crewman on the ship in 1966 when during his daily drills, he tried to squeeze through a water-tight door before it shut.

Sadly, John didn’t make it in time, and the heavy metal door closed, crushing him to death.

Guests at this hotel are sure John regrets his decisions every day as they see him sulking near door #13, where he lost his life. He has also been said to jump at the hotel workers, play pranks, and cause mischief whenever he feels like it.

The Isolation Ward Hauntings (The Sick and the Dead)

There will obviously be hauntings in a room where the sick and dying took their last breaths. That is why the isolation ward at the Queen Mary hotel sees so much paranormal activity going on.

In this room, visitors have noted shadowy figures creeping about and report feeling uneasy with a sense of someone or something watching them.

On the wall of the isolation room, you can read the plaque left behind to see the names of every passenger who died on the ship and how it happened.

Dana (The Murdered Daughter in Room B474)

This has to be one of the most chilling hauntings and happenings aboard the Queen Mary ship. While sailing over the open waters, a horrendous murder occurred in room B474.

A man decided to kill his entire family one night, strangling his wife and two of his daughters. After that, he decided to shoot his third daughter, Dana. Sadly, Dana hasn’t been able to leave the boat since that night.

While she isn’t a violent or unfriendly ghost, Dana likes to keep the company of Grumpy and possibly Henry. You can sometimes hear Dana calling for her mother, and she enjoys running and playing through the halls.

Tall, Dark, and Happy (The Man that Haunts the First-Class Suites)

Many people who visit this hotel have reported seeing a tall, dark figure roaming around the areas around the first-class suites. He hasn’t been identified or related to a specific voyage but is believed to have died aboard the boat sometime in the 1930s due to his clothing.

The man always seems happy, with a smile plastered to his face. However, this man doesn’t seem to stick around for very long. Once spotted, he will offer a gentle grin and vanish into thin air.

Paranormal Investigations Over the Years

Since the ship docked over two decades ago, more than 130 ghosts have been walking around the hotel, with up to 500 more entities unable to leave the vessel.

With so many staff and visitors seeing strange things, hearing ghosts, and feeling terrified or uneasy in many locations on the ship, a slew of paranormal investigators has made their way to the beaches of southern Cali to do their own research.

These investigators have come from all over the world to look at California’s most haunted hotel and see if they can capture a view of the infamous ghosts or hear their ghoulish whispers with their ghost hunting equipment.

You can find numerous videos on YouTube from amateur ghost hunters and documentaries and television shows from professionals like Ghost Adventurers.

Throughout these investigations, there have been thousands of recorded sightings, disembodied voices, and unexplainable phenomena that will convince even the most skeptical viewers.

If you don’t believe us, you can book a reservation for yourself and stay at one of the hundreds of beautiful rooms aboard the Queen Mary Ship Hotel.

Note: At this time Queen Mary hotel is temporarily shut down due to Covid-19. It should reopen soon, so watch the website to snag your reservation.

Undoubtedly, this historic ship, now a luxury hotel, is haunted beyond belief. There is a ton of documentation to back up these accounts, with historical records helping to prove the authenticity.

If you are looking for a spooky, scary, yet exciting place to stay while on vacation in California, you should contact the Queen Mary hotel to book your reservations as soon as possible. This hotel is a popular tourist destination and can book up fast.