Tennessee is one of the most popular travel destinations in the Southeastern United States. It’s a home of outdoor adventures and historical sites, such as civil war battlefields and museums. On top of that, it has a dark history that attracts ghost hunters and paranormal investigators from around the world. The haunted prisons in Tennessee have paranormal activity due to the loss of life that happened on the grounds.

Areas like this have ghost stories usually seen by the naked eye, but you’ll often see ghost-hunting equipment used in these areas. 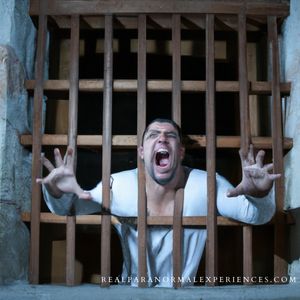 The Brushy Mountain State Penitentiary, formerly known as Brushy Mountain Correctional Complex, is one of the oldest prisons in Tennessee. In the small town of Petros, Brushy perches next to the Frozen Head State Park.

Other than that, a rugged mountainous terrain nestles the prison, which makes escape attempts rare and always unsuccessful.

For instance, the most known prison escape was back in 1977. James Earl Ray, the assassin of Martin Luther King Jr, climbed over the fence along with six other inmates. Unfortunately, in less than 58 hours, prison guards captured Ray in the rugged terrain.

Moreover, Brushy is also known as the ‘End of the Line’ because its prison sentences last for 200 years or more. It provided free labor to the Tennessee Coal Mine, which led to a dark chapter in the history of the Tennessee coal mining industry.

It turned Brushy into a state coal mine that worked its prisoners to death. Plus, the inhumane conditions became similar to The Gulag. Roughly 10,000 prisoners died on the property. Although several years have passed, it’s said that they still roam the halls of the penitentiary.

Some tourists who walk through the cell blocks claim they see shadows and full-body apparitions walking through the halls.

The State Review Board listed Historic Scott County Jail in the National Register of Historic Places. It also serves as a three-story true crime and law enforcement appreciation museum and escape rooms.

The building was built in 1904. However, before its construction, lawmen conducted trials and executions on the land where the prison sits. Its dingy parapets and two-thick walls of sandstone make it look like an ominous castle.

During its century-long history, it held around 50 inmates. After it stopped operating in 2008, it’s become a famous tourist destination, specifically for paranormal enthusiasts. 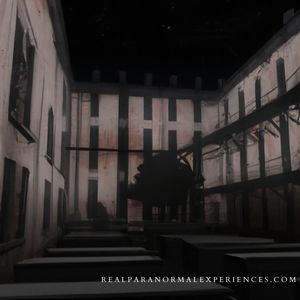 Moore County Old Jail Museum is in Lynchburg, Tennessee. It was constructed of oak timber with two 8×8 jails. It was built in 1893 and used as a jail for 100 years.

Then, after its reopening in 1990, the building transitioned into a county history museum to preserve the past. It showcases the jail cells of the previous inmates, house artifacts, and historical clothing.

In fact, the State Review Board included the Moore County Jail in the National Register for Historic Places. So, volunteers can conduct guided tours.

During tours, some tourists claimed to have encountered unexplained phenomena, like hearing the ghosts of former inmates inside the property.

Also known as Old Greene County Jail, the Old Green County Gaol was established between 1804 to 1805 near Richland Creek. Hence, it’s considered the oldest building in Tennessee. It wasn’t until 1838 that the prison was relocated brick by brick with slaves’ labor. Its present-day location is on East Depot Street.

Old Greene County was a product of the Superior Court of Greene County’s request to build a substantial jail in 1807. It’s deemed the oldest masonry prison in Georgia.

The structure of the Gaol replicates European bastilles. That’s why the downstairs cells look like European catacomb cells, where they chained prisoners to the walls. People arrested for violent crimes often occupy them.

Although the cells had beds of straw, tin buckets, and candles, there wasn’t any light, heat, or ventilation. On the other hand, officers held other prisoners with non-violent crimes upstairs where they had light.

Moreover, Old Greene County has a trap door on the upper story floor where they hang condemned prisoners. The hangman stands in the steps and pulls the lever once he receives the signal.

Some say the spirits of former inmates still linger in the halls. Although tour guides said they hadn’t experienced haunting firsthand, some tourists claimed that they’d captured evidence of paranormal activities.

Often referred to as ‘the castle,’ the Tennessee State Prison housed several dangerous criminals from the 18th and 19th centuries. It quickly became overcrowded right after it started operating in 1831.

The situation worsened in 1863 when the Union Army occupied the city and turned the building into a military prison. Hence, the number of convicts skyrocketed even more to the point where it affected the sex-segregation. The prison held both men and women in the same cells.

In 1898, the government demolished the original penitentiary to build a bigger prison. This time, the new construction contained 800 micro-cells with one convict per cell. Along with the structure, they officially established discipline models similar to that of the Auburn Correctional Facility.

Many prisoners died in their filthy cells — some died of disease, and others took their own lives to escape confinement and execution. Prison officers executed those who were sentenced to death by electric chair.

In 1922, a federal judge ordered the shutting down of the penitentiary because of overcrowding, the filthy environment, and the maltreatment of convicts. He also prohibited the facility from housing prisoners since then.

The crumbling construction remains a mystery to the public. Some curious folks venture into the prison and witness unsettling occurrences, like footsteps and blood-curdling screams echoing throughout the halls.

Haunted prisons in Tennessee are rich in history that still lingers in their storied walls. Most of them come from a dark past, where officials subjected convicts to back-breaking labor and executed them by hanging or the electric chair.

Nevertheless, they pique the interest of hundreds of tourists who are into paranormal activities.