Back before ghost hunting began to explode in popularity you had to really go out of your way to get the right tools to detect faint paranormal activity unless it was right in front of your face. Now, you have ghost hunting software readily available for the PC.

Most ghost hunting software for PC is fake but there are a couple worth looking for, especially for the beginner paranormal investigator looking for a free way to get started.

I’ll break down how these tools work, what to look out for and what to avoid. If you’d rather, you can skip directly down to my suggested list for actual usable ghost hunting software.

How Does Ghost Hunting Software Work?

I heavily suggest taking a look at my guide on how spirit boxes work (and how to use them) because a lot of the principles here are the same.

Most ghosts struggle to communicate with the living (which is why stories of speaking to a chatty ghost are so rare). Tools and software like this are made specifically for paranormal investigations and use different technology to detect ghosts and (depending on the software) can allow you to communicate with them.

The first thing any avid ghost hunter needs to do is figure out if there are spirits around you. This doesn’t always require software but most ghosts seem to have a hard time making their presence known. Before we can start to make any kind of communication we need to know there is a nearby spirit.

Some tools claim to include thermometers or EMF readers but your PC does not have the required technology. Detection (often called confirmation is best done by having an intelligent conversation with spirit box software. 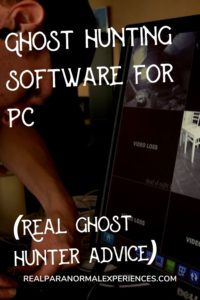 Similar to a custom-made spirit box, the software can give spirits who can’t communicate to the naked ear a way to send at least short messages to us.

Your PC won’t likely have an AM/FM radio ability so the technology is a little different but the idea is the same. Often looking for patterns in the white noise from your microphone or quickly swapping between internet radio stations it’ll pick up words.

Our goal then is to flip between the settings unless these words start to form consistent and intelligent responses to our questions.

Often overlooked, serious ghost hunters and paranormal investigators will keep notes of their sessions and communication. Sometimes it helps spot patterns or names you might have otherwise missed.

Keeping proper notes and activity history might not be a glamourous feature but it’s an important one for any well-organized paranormal investigation.

I’ve seen some software keep video recordings of sessions if you have a webcam but you don’t really need the software to do that and the ones that do generally seemed to suffer in other areas.

Hiding behind a mask of just for entertainment use disclaimers, there are so many ‘ghost detector’ tools for the computer which have absolutely no use.

All they do is read out some pre-recorded soundbites and flash some lights. There are so many of these that we didn’t even bother touching on most of them.

Somehow they become popular because they get picked up but tools like Ghost Radar are useless for serious ghost hunters. They beep, flash and spit out random words without any other reason than getting your money.

How Did We Review the Tools and Software?

Combined, we have a lot of experience with paranormal investigations and software development. Some of this software seemed to be useful and the claims made were plausible so we cross-referenced with our tried and tested ghost hunting equipment.

Sometimes we just peaked under the lid of the software to see what it was doing – this ruled a lot of them out right away. 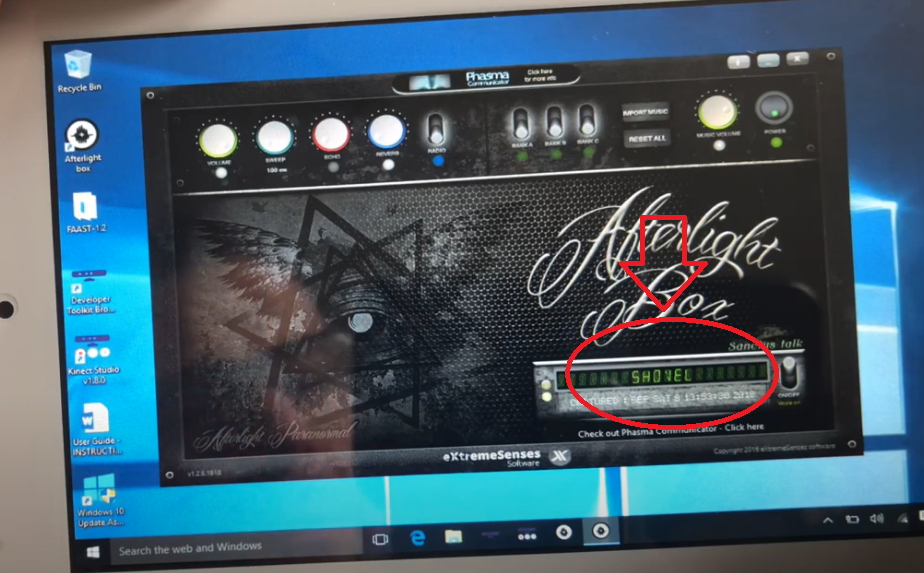 So which tools are actually worth your time?

For the PC: Afterlight

I’ve reviewed the Afterlight box software in more detail already but it’s probably my top pick if you want something free for the PC. From the same maker as XParanormal Detector, it’s a free EVP tool for the PC.

It does require a microphone but actual ghost hunting tool software will.

It lacks a few bells and whistles from some of the more complex options but you can’t beat that price tag and there’s a good solid history of intelligent responses from ghosts which we were also able to cross verify with other spirit boxes.

It can take some patience with software like this using pre-recorded sounds to get actual intelligent responses but with a little practice and patience, it works well.

If (for whatever reason) you don’t want to install specific ghost hunting software you can also use a free voice recorder like Audacity (which would also work on a Mac).

You’ll often see ghost tours and groups not use anything specific like Afterlight but instead just use a simple recorder that can pick up sounds the naked ear might miss.

It also includes audio editing ability to help pinpoint electronic voice phenomenon popping up by screwing with the settings by hand. There are tools that do this kind of thing themselves but it doesn’t hurt to learn to do it manually and this way it’s free.

If Can Use Your Phone: GhostTube

Again, I’ve done a GhostTube app review already and this is a guide on software for a Windows PC but hear me out.

Afterlight is a good start for communication but the problem with using a PC is that the hardware it has access to is limited. This is still a free download – but if you have an Android or Apple phone it has access to hardware which your computer doesn’t – the app makes use of that for ghost hunting.

Basically anything else. That includes tools like Spirit Scanner and Spirit Voice which just run ads everywhere without any actual use. They don’t work.

The list here could go on and on but, basically:

Unless an actual practiced paranormal investigator or popular ghost hunter you know has been able to cross-reference the results with recognized tools it isn’t worth your time.

If you don’t get results with any of the actual useful tools then you either need to play with the settings some more or move location.